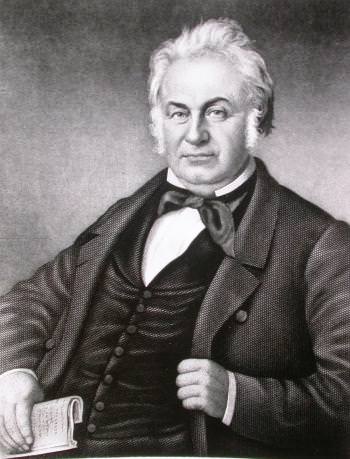 In the mid-nineteenth century, John Morehead expressed interest in establishing a port city. In 1853, before the North Carolina Legislature provided partial funding for railroad construction across the state, John Morehead and Silas Webb visited Carteret County to study Beaufort Harbor and Port and determine whether a larger port could be developed. Impressed by the location and potential of Shepard's Point, Morehead purchased six hundred acres of property from the Arendell family. With that property, the Shepard Point Land Company was formed, and on November 11, 1857, the first lots were sold.

On February 20, 1861, with Bridges Arendell, Jr. as mayor, the city was incorporated. Morehead City grew because the port, Pier 1, was built at Shepard Point, where the Newport River was eighteen to twenty feet deep and had a mile wide channel. Developers considered this location more advantageous than the Beaufort and Carolina City's channels depths of only twelve feet. Another aid to Morehead City's development occurred when the terminus of the 1857 Atlantic and North Carolina Railroad was constructed to Shepard's Point.

Morehead City continued to experience steady demographic and economic growth until the Civil War. During the conflict, federal troops occupied the town, and many denizens fled.

The port and railroad were not the only contributing factors to Morehead City's growth. Recreational value also helped: The shoreline and bountiful fishing have always attracted visitors and residents to Morehead City.

The downtown streets running north and south are numbered; those running east to west are named for the developers and first leaders of Morehead City, including William Fisher, Bridges Arendell, Peter G. Evans, David Shepard, and John Shackelford.

Morehead City was to become a popular vacation spot on the Atlantic coast. As its population and development expand, Morehead City continues to be an important city, not only in North Carolina's history but also in the state's economy.

"….the section of Carteret County embracing the present site of Morehead City, as well as several thousand more acres, was given by a grant from Lord George Carteret to a man by the name of Simpson. He in turn sold a large tract to one Absolom Shepard, and to distinguish it from other holdings, the eastern end of the grant was given the name Shepard's Pointe." [from the Morehead City Centennial Jubilee Book, "History of Morehead City," historical sketches compiled from the scrapbook of F.C. Salisbury, page 5-7].

Following the death of Shepard, his heirs sold the property to William Fisher. Before Fisher died, he deeded several hundred of these acres to his Arendell grandsons.

The Reverend Bridges Arendell, Sr. and his four [4] sons and four [4] daughters are recognized as the first family to settle Shepard's Point. The Rev. Arendell established his home on the extreme end of the point at the turn of the 19th century, and the family played an important part in the social and business life of the new community.

It was from these owners that Governor John Motley Morehead purchased 600 acres sometime between 1853 and 1857. He and Silas Webb came to Shepard's Point to see if they could develop larger facilities than those offered by the Beaufort port. They created the Shepard's Point Land Company. In August 1857, Morehead began advertising lots to be auctioned. Only about one-half of the 600 acres were surveyed and laid out into streets and lots. East/West streets were named and North/South streets were numbered. There were 16 lots to each square which is said to be the Philadelphia Plan for laying out a town. In August 1857, Morehead began advertising lots to be auctioned. On November 11, 1857, the first lots were sold by public auction. Sixty lots were sold the first month.

On February 10, 1861, Morehead City was incorporated with Bridges Arendell, Jr. becoming the first mayor. When the North Carolina Legislature provided funds for railroad construction throughout North Carolina, the street through which the Norfolk Southern Railroad ran was named Arendell Street for Bridges Arendell, Sr, the progenitor of a family who played an important part in the early development of the City. Morehead City grew in part because the port, Pier Number 1, was built at Shepard's Point.

Another aid to the development of Morehead City was when through the efforts of John Motley Morehead the terminus of the railroad was decided to be Shepard's Point. The recreational value of the area was of considerable significance as well. [Excerpts from "Yesterday and Today - A History of Morehead City" by The Morehead City Woman's Club, printed by Griffin and Tilghman Printers, Inc, 1998 and "Postcards from Morehead City - A Celebration of Life and Heritage 1957-2007", Morehead City Sesquicentennial Committee, Edited by Nancy C. Toothman et al, 2008.]

Carteret County, North Carolina was formed in 1722 out of Craven County. It is named in honor of Sir John Carteret, who later became the Earl of Granville and one of the Lords Proprietors of North Carolina.

Native inhabitants of the area were the Iroquois-speaking Tuscarora Indians. The Tuscarora Nation lived between the Neuse and Pamlico Rivers in eastern North Carolina. As early as 1706, white settlers of Huguenot, German, Scotch-Irish, French, and English descent arrived in the region. Most had migrated southward from northern American colonies rather than from Europe. Also, in 1721 Quakers from Rhode Island came in family units and settled on the north side of the Newport River.

Beaufort, Carteret's county seat, is the third oldest town in North Carolina. It was first known appropriately as Fishtown because the fishing industry was and has been an important part of the county's history. Beaufort was later named for Henry Somerset, Duke of Beaufort.

The largest plantations, given by grants or purchased, were in the central and western parts of Carteret County. Large land owners included Robert Williams, William Borden, and the Stanton family. Unlike other parts of North Carolina and Virginia, no large pillared houses were constructed in the county; the Williams' plantation home, for example, was brick and plain.

Carteret County participated in global trade almost from its beginning. Plantations produced goods such as tobacco, grains, and salted meats and fish to export to England. Lumber was also a major export due to the area's vast forests. The most significant commercial industry was naval stores-tar, pitch, rosin, and turpentine.

Portsmouth and Beaufort served as the county's major ports. Ships landed in Portsmouth, and workers transferred cargo to smaller boats for transport to the mainland. However, as its depth decreased, Portsmouth harbor declined as a port of entry, and the town was abandoned.

Formal education was not a priority for the early settlers of Carteret County. Most children were preoccupied with working on the farms. Wealthier families usually sent their children outside the colony for advanced training. In the community of Hunting Quarters, however, the Scotch-Irish established the area's first school; it became the first accredited high school in the county. The first Anglican Church in Beaufort, St. John's Parish, was organized approximately in 1724. However, the increasing opposition of Baptists, Quakers, and other denominations contributed to the decreasing number of Anglicans in Carteret County.

Carteret countians have witnessed war in their backyards. Many served in the Revolutionary War, and naval skirmishes occurred in the county's waters. Constructed between 1826 and 1834, Fort Macon was the site of a major battle during the Civil War. On April 25, 1862, Confederate troops surrendered the fort, and the federal government used Fort Macon as a prison following the war.

Although most of the settlements were developed prior to the Civil War, Morehead City was not established until 1858. It started as a railroad town and eventually attracted tourists. Today, tourism has replaced agriculture and exporting as Carteret County's largest industry.